My son lost a tooth in a hockey game. Our dentist suggested we get him a dental implant to replace it, but his coach said that is a bad idea because of the chance of re-injury. What is the right choice? I want to do what is best for him, but the mixed messages are confusing. 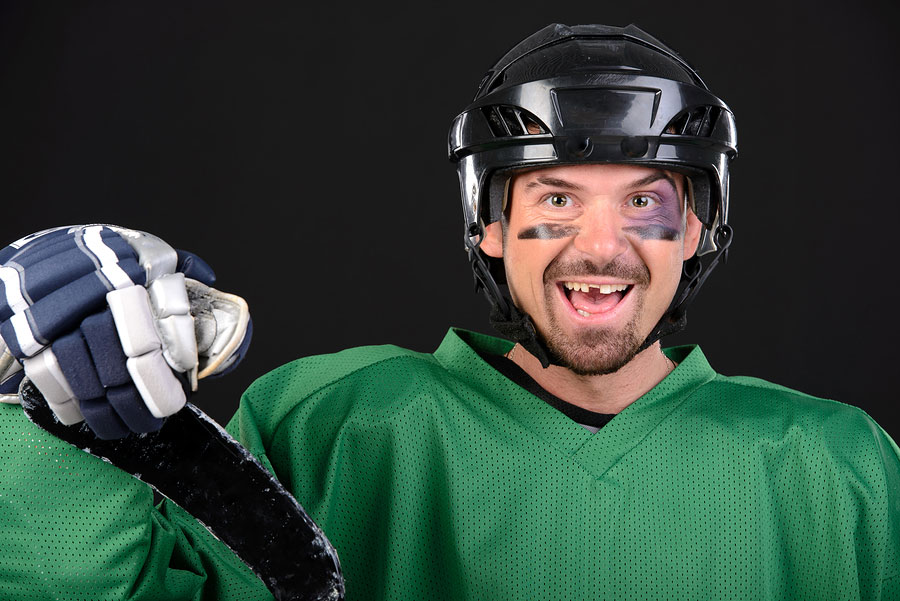 In a way, they are both right. Dental implants are the absolute best tooth replacement option. However, there is a risk for re-injury if he is continuing to play hockey. A dental implant consists of a prosthetic root form and a dental crown bonded on top of it to serve as the visible part of the tooth. If he is re-injured with both parts completed, there is a good chance he will lose some bone with the injury (and possibly even some of his jaw).

Here is my recommnedation. First, get the implant placed, but just the implant. This will allow him to get the benefits of the dental implant without having to worry about extra damage being done in case the tooth is lost again. You won’t want him going “toothless” in that area, so I suggest an inexpensive temporary restoration, such as you would get with a dental flipper. This gives him the best of both worlds.

Having the root form placed, ensures his jawbone can stay healthy and will not suffer any effects of the structural loss that normally occurs when you lose or remove some teeth. Having a dental flipper means if he is hit in the mouth again, the flipper will come out with ease and he won’t risk additional injury.  When he is done playing hockey, that will be the time to have the permanent dental crown placed on his implant.